This fantastic group of spoken word artists sit down with guest host Jason Selman for a conversation about their arts practice, the Black Lives Matter movement and current pandemic. This is the second in a QWF series of online events celebrating black literary arts in Quebec.

Please CLICK HERE to RSVP and receive the Zoom link via email. 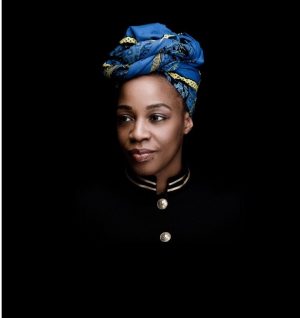 ROEN ‘BLU RIVA’ HIGGINS – From a hyper, at-risk youth entangled in the system, to an active community change agent, Roen is a committed educator, coach, speaker, and event producer. She is known to flip words and paint pictures through her diction and uses her-story to help others “Elevate Impact.”  Her community service and creative accomplishments have been recognized by Montreal Community Care Awards, Black Theatre Workshop, and Fonds 1804. In the ring of Improv & Slam poetry, she echoes the realities of society yet never leaves the mic without a solution. Dubbed as ‘Blu Riva,’ her unique style, flow and delivery has gained her opportunities to perform before different audiences in different time zones. Her current projects are coaching multi-passionate creatives to get unstuck and tap into their creative potential, and releasing a Poetry Project this year. 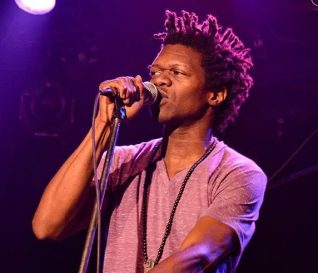 FABRICE KOFFY – Originally from the Ivory Coast, Fabrice Koffy settled in Montreal in 1998 to pursue university studies. This is where his journey of artistic expression begins, as he joins the infamous Kalm Unity Vibe Collective, with whom he collaborates for several years. In 2006, he meets guitarist Guillaume Soucy. Grounded in a growing complicity, their prolific union breathes life into a series of performances and the album Poésic is released in 2009 and selected by the Vue sur la Relève festival and the Montreal FrancoFolies. In 2016, the album receives the Prix Coup de Coeur award from ICI Musique, Diversité artistique Montréal (DAM) and La Vitrine during the 6th edition of the Vitrine des musiques locales et métissées (Local and Cross-Cultural Music Showcase) presented by Vision Diversité.  His poetry speaks of life through history where the human being is center stage.

FAITH PARÉ – is a poet and performer of Afro-Guyanese and Québécois ancestries. Her writing is forthcoming in Carnation, and has previously appeared in GUTS , Ossa , and Shameless Magazine. Faith is a proud alum of Our Bodies, Our Stories, a creative collective for queer, trans Black, Indigenous, and People of Colour artists mentored by Kama La Mackerel, and she recently completed the Quebec Writers’ Federation’s 2020 Mairuth Sarsfield Mentorship for Underrepresented Writers under the guidance of Dr. Gillian Sze. She is studying for her Hons. B.A. in English and Creative Writing. Find her @paretriarchy and faithpare.com.

JASON “BLACKBIRD” SELMAN – Jason “Blackbird” Selman is a Montreal born poet, trumpet player and community worker. He is the author Africa As A Dream That Travels Through My Heart (2016, Howl), The Freedom I Stole (2007, Cumulus Press), and co-editor of the poetry anthology Talking Book (2006, Cumulus Press) which chronicles the writings of Kalm Unity Vibe Collective (of which he is a founding member). He has done extensive poetry workshops across the Montréal area in schools and community groups. His work is grounded in the themes of ethno-musicology, surrealist expression, love and the intersection of masculinity and emotional vulnerability.