Black Writers Out Loud is a series of QWF events celebrating Black literary arts in Quebec.

This fourth event in the series is co-produced with the AELAQ, and features Kaie Kellough in conversation with Canisia Lubrin. These two award-winning authors from the worlds of poetry and prose come together to speak on their craft and all matters human.

Please CLICK HERE to RSVP and receive the Zoom link via email. 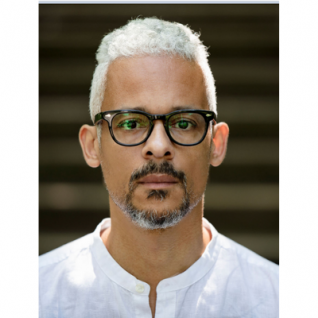 Kaie Kellough is a novelist, poet, and sound performer. His work emerges at a crossroads of social engagement and formal experiment. From western Canada, he lives in Montréal and has  roots in Guyana, South America.

His books include Dominoes at the Crossroads (short fiction, Véhicule 2020), longlisted for the Scotiabank Giller Prize and recent winner of the QWF Paragraphe Hugh MacLennan Prize, and Magnetic Equator (poetry, McClelland and Stewart 2019) winner of  the Griffin Poetry Prize. His novel Accordéon (ARP, 2016) was a finalist for the Amazon/Walrus  Foundation First Novel Award.

Kaie’s vocal performance, recorded audio, and electronic narrative explore migration and the  suspension of arrival. Since 2011 he has created mixed media compositions with saxophonist  and synthesist Jason Sharp.

Kaie’s work has traveled internationally, notably to festivals in the UK, Australia, Asia, the Caribbean, and continental Europe. He continues to craft new passages. 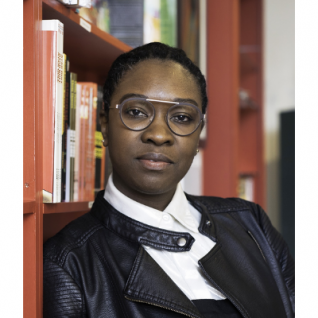 Canisia Lubrin is a writer, critic, editor, and teacher whose most recent book is The Dyzgrapxst (McClelland & Stewart, 2020) as seen in The New York Times, Quill & Quire, Jewish Currents,  Humber Literary Review, and elsewhere. Lubrin’s international publications include translations of her work into Spanish, Italian, French, and German. Her writing has been recognized by,  among others, the Toronto Book Award, Journey Prize, Gerald Lampert, Pat Lowther, and the  Writers Trust. Her debut, Voodoo Hypothesis (Wolsak & Wynn, 2017), was named a CBC Best Book and her writing has appeared and is forthcoming in Room, Brick, Joyland, Poetry London, Poets.org, blackiris.co, and elsewhere. Lubrin’s debut collection of short fiction is forthcoming.  She has an MFA from the University of Guelph.